I’m really disappointed that Wimbledon won’t be going ahead this year. As a lover of tennis, I always look forward to the coverage and will dip into it around work hours. Plus, I had tickets to go with my best friend for my birthday!  We all know the tennis greats like Murray, Federer, Konta & Williams, but we don’t often realise the half of what’s got them to their position in the tennis world. Without their highly functioning and well moulded team it’s more likely than not they wouldn’t be as high in the rankings as they are today.

There’s always shots of the ‘player’s team’ at Wimbledon, sitting in prime position in the crowd; a coach or two, a fitness trainer, a significant other, and potentially an agent, as well as the physio. These people may not take the glory of the win with media attention, but they do contribute fully to the performance of the player.

You may instantly know who your ‘player’s team’ equivalent is. It might include your family, your business partner, your virtual assistant, your long-term contractor who would never let you down, or that friend that you can call whenever you’re having doubts or having to make big decisions.

Who has supported you in your mission to become a business-owner or employer? Which person has always got your back? Who knows more than you in a particular subject, for example, accounting, and can advise you and your business when you need it most?

These people may not be the CEO or owner of your business, but they have the same dedication and commitment to your goals that you do. With fantastic, high-functioning teams there is a mutual respect and awareness of expertise. Andy Murray, for example, said in a ‘Standard Life’ interview that his team members have “a good work ethic, strong values and, if they are travelling with me a lot [are] fun to be with!”

I think it’s really important to share your goals, dreams and hopes with those in your team. When these goals become the team’s collective missions, they’ll be with you for every volley. GQ magazine reported that Mirka Federer, Roger’s wife who can often be seen calmly and quietly supporting him in the stands, once said “When he wins, it’s as if I win as well.” The article talks about each member of Federer’s ‘player’s team’ and really demonstrates why he is one of the all time greats in the tennis world.

Having a fantastic team around you is extremely important for any business owner, but don’t rest on your laurels too soon! You’re never going to win Wimbledon, or secure that new contract, or develop new client relationships if you’re not pushed to work at the top of your game.

Murray said: “I continually adjust my training and preparation as new techniques or ideas or technologies come onto the market. I’m probably playing in one of the hardest eras of tennis ever, and you continually have to look at ways to adjust your game to get the edge over the competition.”

Having your ‘player’s team’ around you makes everything easier to cope with and break down. You don’t have to know about all the new techniques or technologies, but you will of course be able to refer to your team, ask for help and advice to ensure you’re not behind.

Looking to strengthen your team?

If you’re in need of some extra support, help or advice, as a virtual assistant I can very much become part of your ‘player’s team’. I work with many businesses to help them reach their goals and offer specialised support in areas that business owners may not have the time (or interest!) to focus on, such as social media, copywriting, website development & inbox management.

Call me on 07958050856 or drop me an email to jacqueline@jleake-va-services.com if you think I could be a good addition to your team.

What are you waiting for? ‘Player’s team’ assemble! Get going with your next idea with the help of those around you. Collaborate, work together, respect each other and you’ll be drop-shotting into the finals in no time. 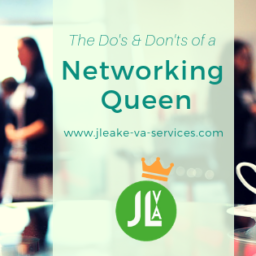 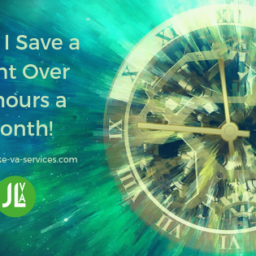 How I Save My Client Over 10 Hours a Month! 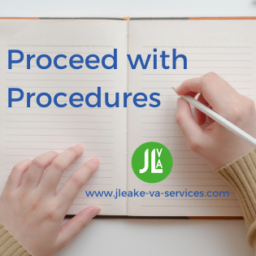 Many of my clients are busy business owners. They often struggle with the same thing – time management. It’s great… 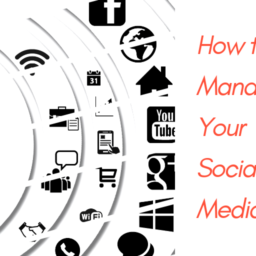 How to Manage your Social Media

How to manage your Social Media “Social Media is about sociology and psychology, more than technology” – Brian Solis “The…

Managing Time before it Manages You

Whatever business you’re in, I can guarantee that time will be one of your top 5 obstacles getting in the… 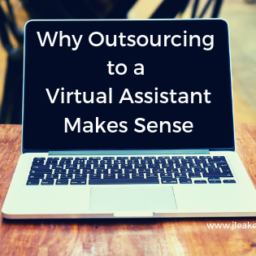 Why it makes sense to outsource to a Virtual Assistant

You’ve probably heard about people using a Virtual Assistant or Virtual PA. You may have thought about it yourself but… 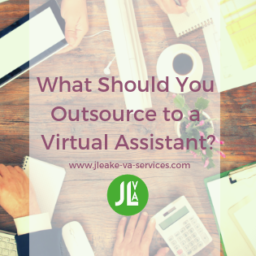 How to Work Out What You Should Outsource to a VA

Are you at your wits end? Have you lost the passion for your business because you’re overwhelmed with the myriad… 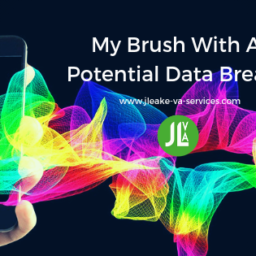 What Happened When My Phone Was Stolen

This year, May 15th started out as a normal day in my life as a freelance Virtual Assistant. Mid-morning found… 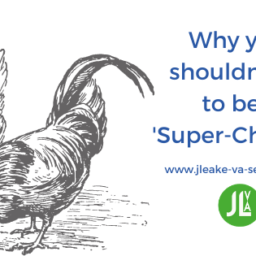 Why you shouldn’t try to be a Super-Chicken

Are you always comparing yourself to the ‘super-chickens’ in our society; those people that always seem to be the most… 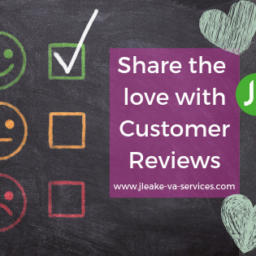 The Importance of Customer Reviews

Reviews are much more than just a bunch of words.  In fact, when it comes to attracting more customers and… 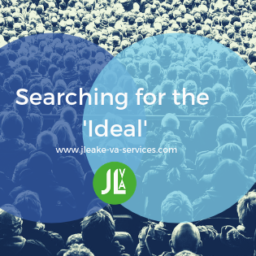 How to Identify Your Ideal Customers

“Market to everyone, reach no one” We all know that if we’re marketing to everyone, we’ll end up attracting no-one,…